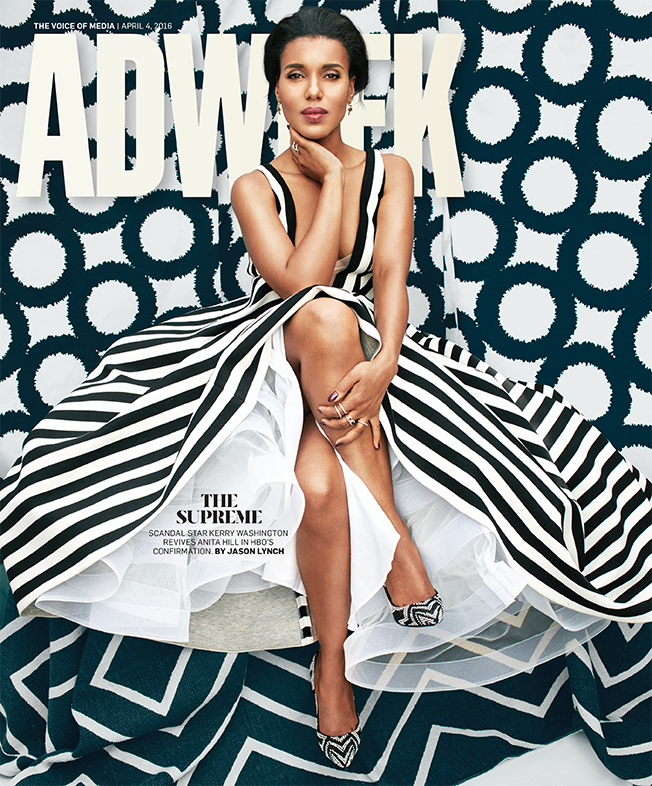 More than a spokeswoman!

Speaking of her role as crisis  manager Olivia Pope on the ABC drama Scandal, Kerry Washington would not allow herself to dream that the show would ever become the hit that it is. “I didn’t have a lot of expectations, to be honest,” she admits. “It was a great thing, but I feel like expectations are resentments in waiting. But in a million years, I couldn’t have expected the success of the show and the impact that it would have culturally in terms of fashion, changing language, images of gender and the landscape of casting in television.”

She also did not expect the impact that Scandal—one of broadcast television’s top 10 series in the 18-49 demo—would have on her career.

The actress  has  secured partnerships with a variety of brands and causes—among them,Neutrogena, Movado, Apple Music and Hillary Clinton’s presidential campaign. Now, add the job of producer to Washington’s resumé. She not only stars in but is also an executive producer on the HBO original film Confirmation, premiering April 16, which revisits Supreme Court Justice Clarence Thomas’ 1991 Senate confirmation hearings—an event that was dominated by the testimony and sexual-harassment accusations of his former assistant, Anita Hill (played by Washington).

Washington in an indepth interview with Adweek talks about her hit show, the HBO project, how she helped pioneer the art of live tweeting TV shows, and why she refuses to be just a pretty face for brands.

On her new movie: Confirmation…

On what led to her  Apple Music ads with Taraji P. Henson and Mary J. Blige…

That came together through friends of mine: Steve Stoute, who is the head of Translation Marketing, and is like the brother I never had, and Jimmy Iovine at Apple Music. Steve felt like people know the Olivia Pope side of me, and the real-world White House side of me, and the magna cum laude Kerry who gives speeches at commencements, but they don’t really know hip-hop Kerry and Kerry from the Bronx, the way Steve does. He felt like that was a part of my brand that I wasn’t doing a good enough job getting out there. There aren’t a lot of products and a product space that live in that part of my identity that I would necessarily want to partner with, but Apple Music was a no-brainer.

I’m really close to the campaign. I had recorded a few radio spots for the campaign. Hillary was in town for a fundraiser, and Tony [Goldwyn, who plays President Fitzgerald Grant] and I thought we might get off work in time to go, but we didn’t. So I emailed Huma [Abedin, Clinton’s longtime aide] and said, “Why don’t you guys come here?” And they were able to. It was very surreal, because at some point you couldn’t tell the difference between our pretend Secret Service on the show, and the real Secret Service walking on the set. We had this wonderful evening with her, hanging out.

On the “I’m With Hilary” ad campaign  alongside fellow thespians Viola Davis, Ellen Pompeo and ShondaRhimes…

Huma had the idea to do the ad. I can’t imagine it hadn’t been slightly inspired by her visit. And she asked Tony to direct it, which was great because Tony directs a lot of the episodes. They separately asked each of us because it was important to each of us that this not look like a TGIT ad; these were individual women making a choice to stand with her. This was not dictated from above, from Shonda. And it came together remarkably fast. We did it on a Saturday, and I think a couple of days later it was on national television.

More about the interview can be found on Adweek but meanwhile see more photos from the magazine cover feature below! 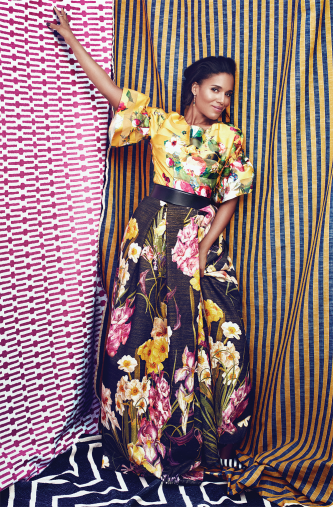 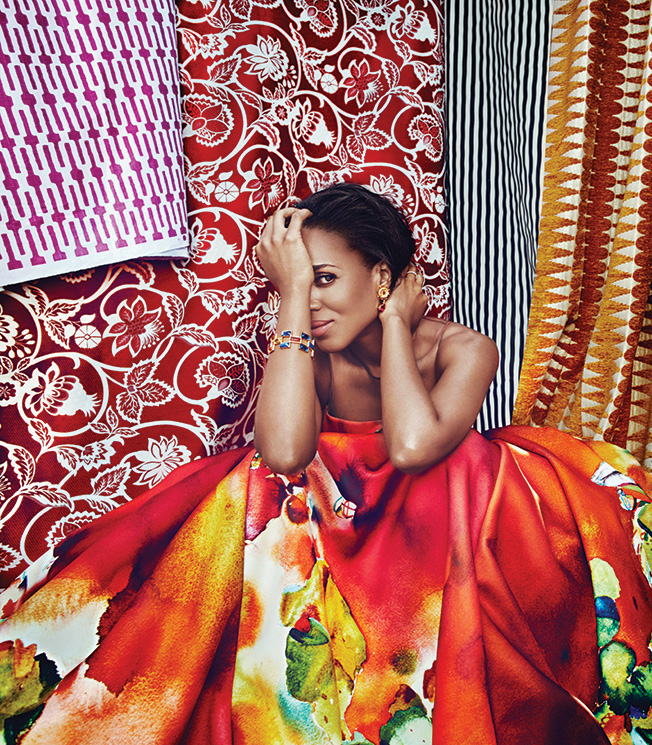 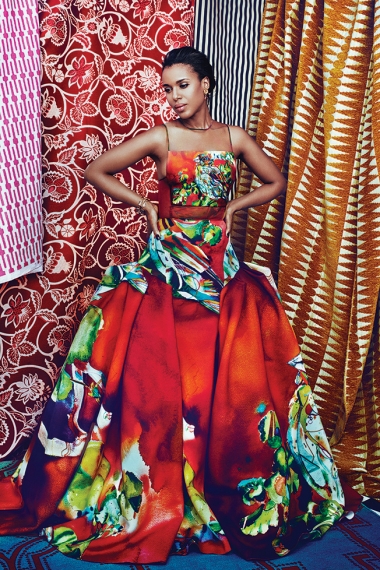 Meanwhile in other news,  Kerry Washington says that she is startled by the possibility that her photos on the Adweek cover feature were photo shopped after and that they looked nothing like her.

” I love ADWEEK. It’s a publication I appreciate. And learn from. I’ve long followed them on Twitter. And when they invited me to do a cover, I was excited and thrilled. And the truth is, I’m still excited. I’m proud of the article. And I like some of the inside images a great deal. But, I have to be honest…I was taken aback by the cover.
Look, I’m no stranger to Photoshopping. It happens a lot. In a way, we have become a society of picture adjusters – who doesn’t love a filter?!? …”

OK, Kerry dearie but I am just too busy relishing the glory of these prints to notice, all hail the stylist!

But hey Africanistas,  what do you think?

Passion For Fashion
nestaerskine.com/
Life at Her Brightest

A daily selection of the best content published on WordPress, collected for you by humans who love to read.